Campaign for Swachhata Hi Seva and “No Single Use Plastic”

Home » Campaign for Swachhata Hi Seva and “No Single Use Plastic”

Campaign for Swachhata Hi Seva and “No Single Use Plastic”

Special Swachhta campaign “Swachhata Hi Seva” organized at ICAR-IIVR, Varanasi, with the sworn in of the Swachhta Pledge (Cleanliness Oath) by the Scientific, Technical, Administrative and Skilled Support Staff of the Institute. During Pledge, Director of the Institute highlighted the importance and benefits of cleanliness and hygiene in the campus and surroundings and the residential areas. The staff committed themselves for at least 100 hours of Cleanliness action on their part, in Institute as well as their residential surroundings. During the program institute and its mini campus, laboratories, main gate and its adjoining roads, residential areas etc were cleaned. One day also devoted to clean the individual office rooms as well as weeding out of obsolete records. Extensive Cleanliness Drive was undertaken by one and all during the campaign.
Campaign for “No Single Use Plastic” for encouraging less/ No use of plastic bags was launched. Charts/ Display Boards were displayed. Drawbacks and health hazards associated with continuous uses of plastics in daily life were also highlighted in this awareness program.
As a part of the awareness program, different crop/vegetable residues, rather than conventional burning and there by polluting the environment, are directed to make the compost in the residue management unit of the institute. Accordingly, residues of okra, bottle gourd, bitter gourd and pumkin after their seed harvesting were extensively used for the vermicompost which is further used for organic manure for sustainable agriculture without zero pollution to the environment.
Apart from the above, a special Swachhata awareness programme was also organized amongst the 42 farmers from Dhanbad, Jharkhand and Varanasi, Uttar Pradesh attending a training programme at ICAR-IIVR, Varanasi. During the campaign they were sensitized about the fostering of different healthy practices viz., use of toilets, using of soap before meals, preparation of organic pit with kitchen/domestic wastes, removal of stagnant water around the house etc in their daily life. They were also highlighted about the safe use pesticides and organic farming for safe vegetable production. Some glimpse of the training are.
Some glimpses of the activities undertaken during the Swachhta campaign are as under: 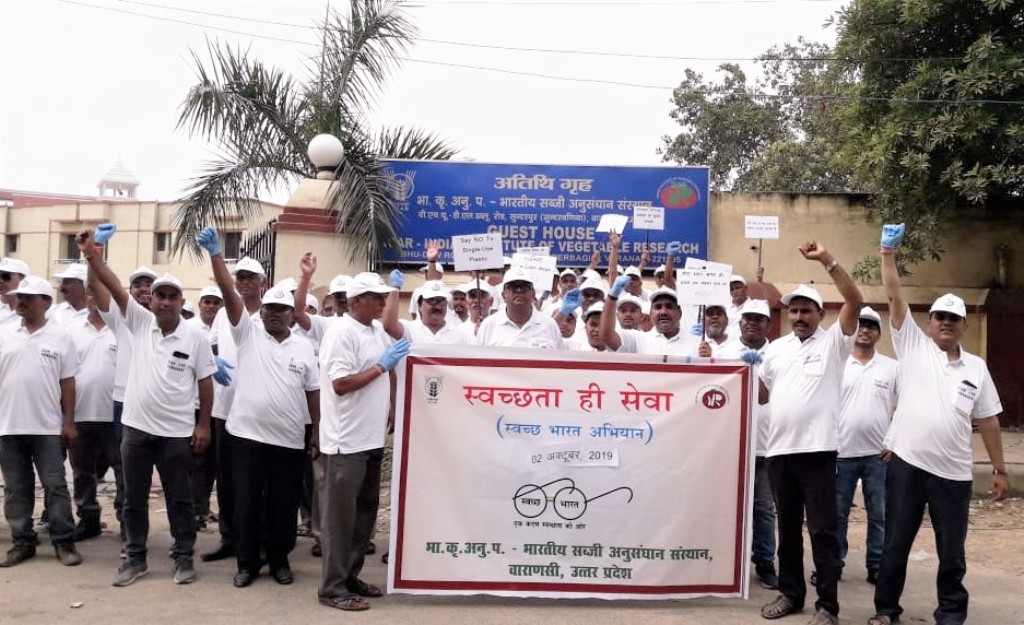 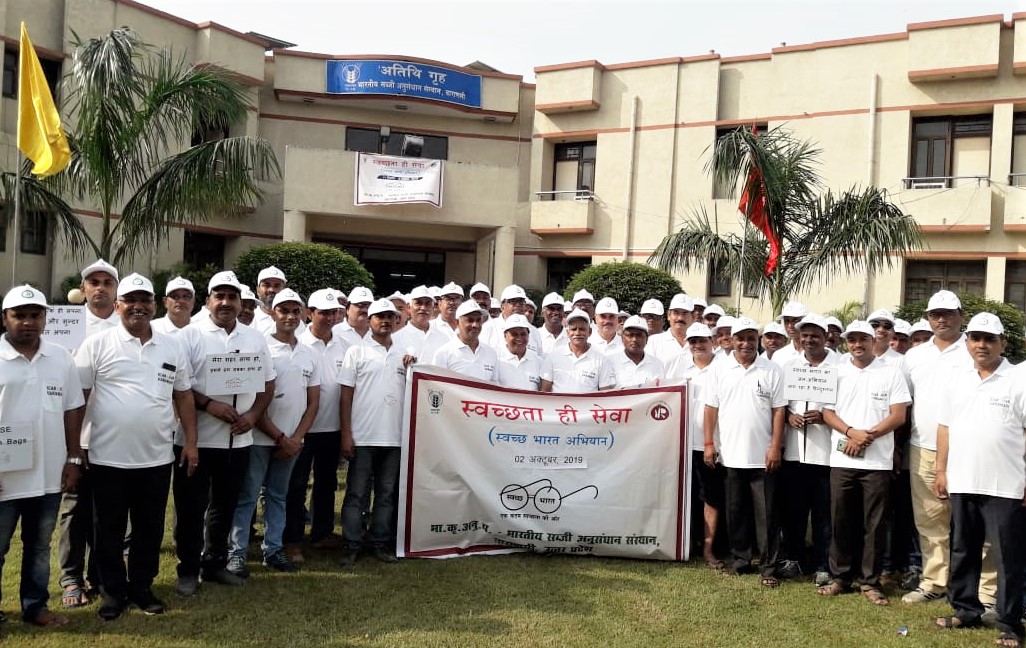 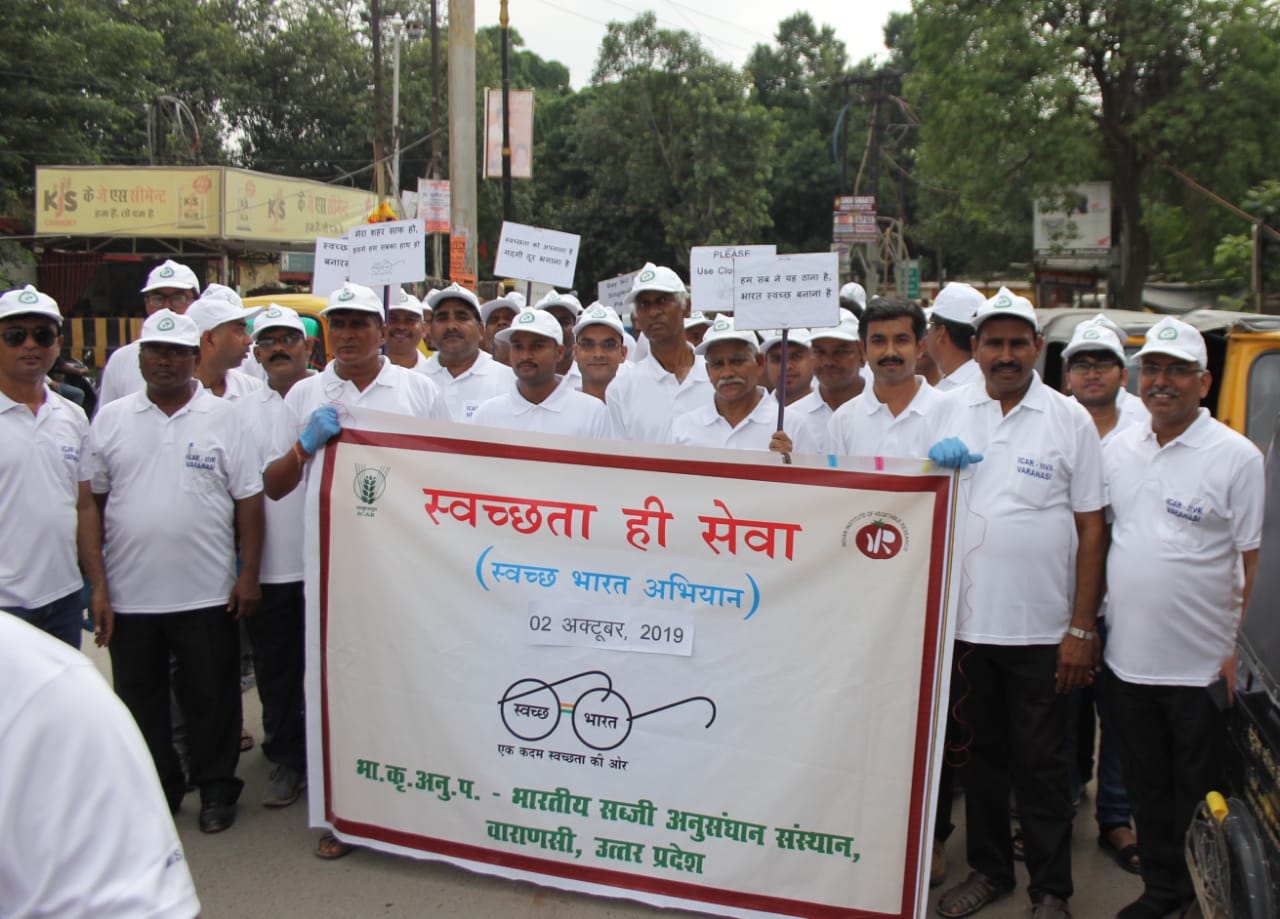 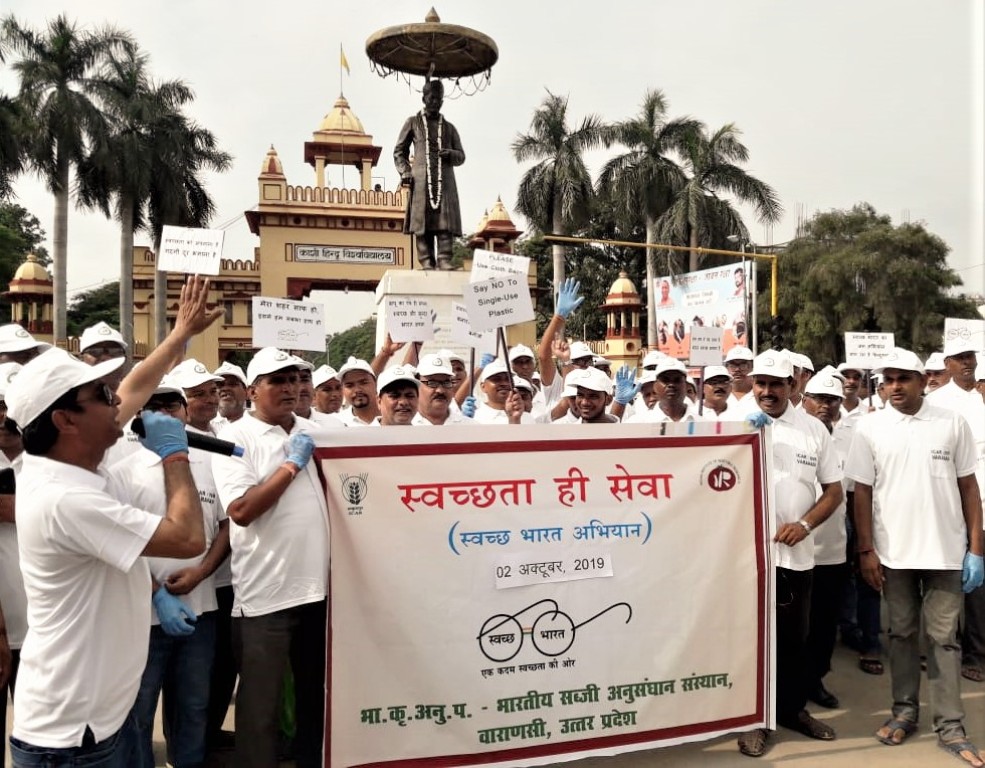